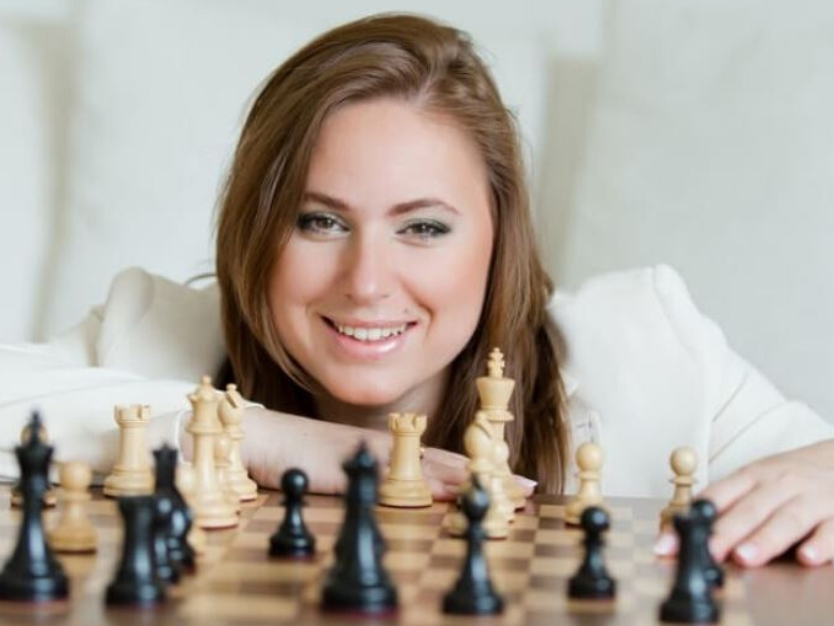 Chess Grandmaster, Garry Kasparov once said, "In the past, I have said that there is real chess and women’s chess. Some people don’t like to hear this, but chess does not fit women properly. It’s a fight, you know? A big fight. It’s not for women. Sorry. She’s helpless if she has men’s opposition. I think this is a very simple logic. It’s the logic of a fighter, a professional fighter. Women are weaker fighters."
Then the day he lost to Judit Polgár, He said "I don't believe that now," he continued, before adding “a female world champion is, at least theoretically, possible”. It was the first time in chess history that a female player beat the world's number one player in competitive play. The best revenge for Polgár as it happened at a showpiece "match of the new century" event between Russia and the Rest of the World made it even sweeter.
It is a known fact, that almost all grandmasters are male, the best players, most likely genius minds are also men and the most important that there is no female world champion. Only once, one of the Polgár sisters, Judit Polgár reached in the Fide’s top ten lists, ratting 2735.
Is it true then that Chess is not for women? Why do men rank higher than women at chess? And the most important of all, Will this change? By all means, chess is not a simple sport, it is a much deeper, mental battle where the players fight in their minds in front of the board. It has been a long time at the top of discussions as to what is the main reason for dividing this sport into male and female
chess and sometimes underrate women chess players.
One thing that is a universal truth is that men and women have different biological differences and their abilities can be various. Biologically men are good at systematizing; on the other hand, women are good at empathizing. Accordingly, two main factors can describe the male predominance in chess: that is a person’s ability differences and social factors. Spatial ability, the power to visualize objects in space and mentally manipulate can be higher in males. But this is not all, because as the research shows, that playing chess and maybe so-called chess talent is not only for male players because it can be a mix of abilities and personal qualities.
The key factor is that usually, males have higher IQ levels than females, which of course greatly helps to learn chess rules and materials easily, understanding complex conceptions, problems, and different positions. Probably, the ability to compete and desire to win qualities is the main characteristic of male players. Which in turn, have their explanations, like the evolutionary need to hunt in ancient times. And also the defined roles for a woman to cradle generations and make dinner, a wrong and unequal the notion, which thankfully has been changing and as women fight for what is rightfully theirs, an equal world. 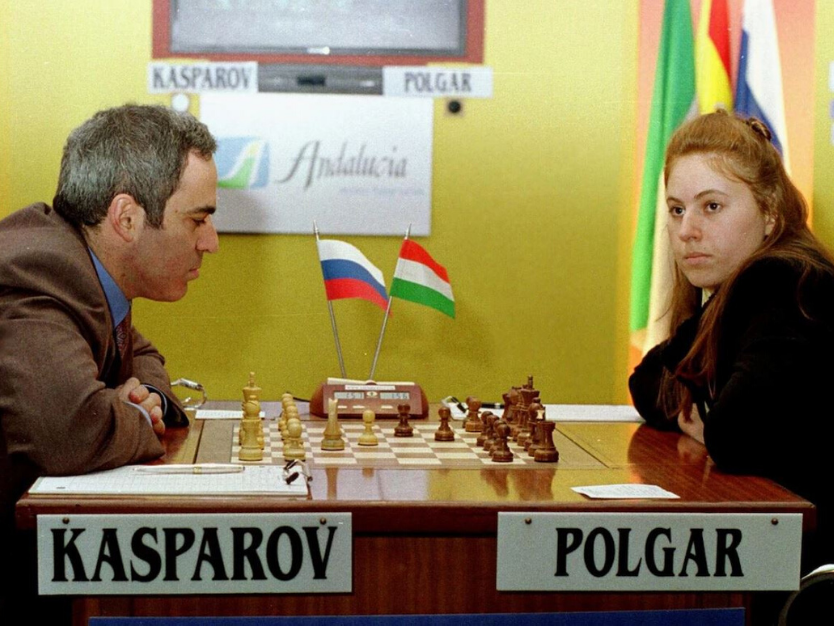 But again there is one important question. What about Polgár sisters or Hou Yifan who plays among men and plays evenly? Are they exceptions? Or is it possible for women to excel more here? To attain equality of achievements too, not just participation numbers.
Surprisingly, Judit Polgár, a female chess player earned the title of Grandmaster at the age of 15 years and 4 months, breaking the record of 11th World Champion, Chess Wizard Bobby Fischer. Moreover, Judit Polgár is the only woman to won Garry Kasparov as well as, Magnus Carlsen, Viswanathan Anand, Veselin Topalov, Vladimir Kramnik, Boris Spassky, Vasily Smyslov, Anatoly Karpov, and many others. Say thanks to Judit who took the revenge of all the woman chess players who were underestimated, she rocked the history of chess and showed that women can be stronger than men in chess.
24 years-old Chinese Grandmaster, Hou Yifan, No. 1 ranked woman in the world, breaks all the stereotypes by competing with men. The important fact is that she doesn’t lose, she plays in a draw against strong male players and sometimes wins.
The Khadilkar sisters were chess sensations that rocked India in the 1970s and ’80s. It was right around this time that the first Indian Women’s Chess Championship was held, which was perfect timing for these young female chess prodigies. Even though many young chess fans today have never heard their names, the Khadilkar sisters did a lot to change the overall landscape of modern chess. Not only did they begin to put India back on the map as a powerful player in competitive chess, but they also proved that women could be strong chess players and that they deserved to be allowed to compete against male players.
On the whole women in chess is a possible phenomenon, and woman chess players are equal to men, it’s just a matter of will, practice, practice and again practice. So, no, this is not just a man's game. And women are equal here too. Also, a matter of the number of participants in the games. The number that sticks to chess even with the number of difficulties they face while playing chess. An environment where the number of men far exceeds that of women. A large scale study in the statistics and concept of numbers in chess which determines how there are far fewer names of females in chess winnings by Bilalic et al a few years ago - concluded that 96% of the difference between men and women could be explained by participation rates.
Nowadays to encourage more female players, there have been tournaments that are women's only. Also titles like Women champion, state and so on. This does not mean that women can’t participate in the same playing field, but that with so many generations of difference and the numbers so low, it is time to show a different side of the competition. Encouragement and efforts form the greats like Susan Polgár, elder sister of Judit Polgár and one of the greatest players just like her sister. By bringing rewards to girl tournaments that are equal to any other competition and also have widespread tournaments that encourage girls. Female coaches, a simple yet more effective way. This helps the girls by making them and their parents feel safe to allow travel to tournaments in far places. Showing strong support and help against male players that can be bad or inappropriate to females during tournaments and other places.
Summing up read what the Grandmaster Levon Aronian’s said about chess players, “I believe there shouldn't be differences between men's and women's chess. In my opinion, chess is the only sport where their abilities and strengths are equal. Only women play in their tournaments but if they play against men, and work too much, everything would be possible. Let’s remember Judit Polgár”.
Parents should encourage and support their children to play chess when they want to, equally. Parents like that of Polgár sisters and Khadilkar sisters are prime examples of how parents stuck to supporting their girls and helped them to see that they are equal and always in their corner by helping them practice and play and also get the best coaching to keep improving.
To see more women chess players at the highest levels of play, we need to teach young girls chess. If girls were taught to play chess at the same rate as boys, we would see similar participation levels, similar numbers of chess prodigies, and similar numbers of chess champions from each gender. The Polgár sisters were taught in this fashion, and they rose to become top stars in competitive chess. Imagine what would happen if we taught all children chess!
You May Also Like: Chess Players Rating System